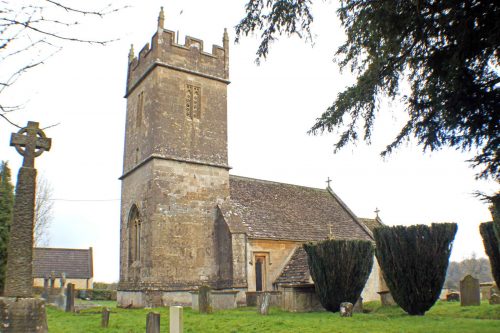 The Church of St. Mary the Virgin in Sopworth is a small church, much restored in 1871. It is the only church in the Benefice not to be in Gloucestershire, as it is just across the county border in Wiltshire.

The Pulpit has Jacobean carved panels (previous history unknown). The stained glass window in the South Wall is by William Morris & Co. The central figure is after the design of Burne-Jones, the two outer figures to the design of William Morris himself. This window was originally designed for Bradford Cathedral and represents “The Three Marys”: the Blessed Virgin Mary, Mary Magdalene and Mary Cleopas.

The reredos is of Italian marble and was presented to the church by the wife of a former Rector after the restoration. She is said to have sold her pearls to fund this gift. The altar frontal is of the “All Seasons” and was dedicated on 29th October 1978.

The large brass chandelier in the Nave was presented by a previous Rector, the Rev. James Hardwicke in 1805 The Communion Silver consists of a Flagon, Chalice and two Patens of George III period and were also presented by the Rev. Hardwicke.

The list of Rectors displayed in the church indicates that Christian worship has been maintained in the village since at least 1298 There are two Bells in the Tower (not open). The larger is marked “Robert Trotman Coates, Rector, Thomas and Samuel Witchell, Churchwardens 1844” made by Jeffries and Price, Bristol. The Sanctus or Priest’s Bell is marked “Come when I cale to serve God al” dated 1553. The Organ was made by Arthur Spencer, Chippenham (about 1900) and was dedicated at Sopworth in December 1923 (previous history as yet unknown) Note the Framed Picture of Sopworth Church of circa 1809 showing the church before the alterations In 1871. In particular note the high wall at the west end of the church. This wall separated the churchyard from the Rectory, which stood on what is now the West end of the churchyard. It is understood that this Rectory was demolished c.1860. (This is a colour photograph of the original watercolour now in the Wiltshire Archaeological Society Museum at Devizes.)

West tower - Perpendicular period (1377-1547) unbuttressed with big battlements and small pinnacles. The North Aisle was built in 1871 when the church was restored. The Font is circular, about 13th century.

The South doorway has a simple round arch. North windows were restored in the 19th century. 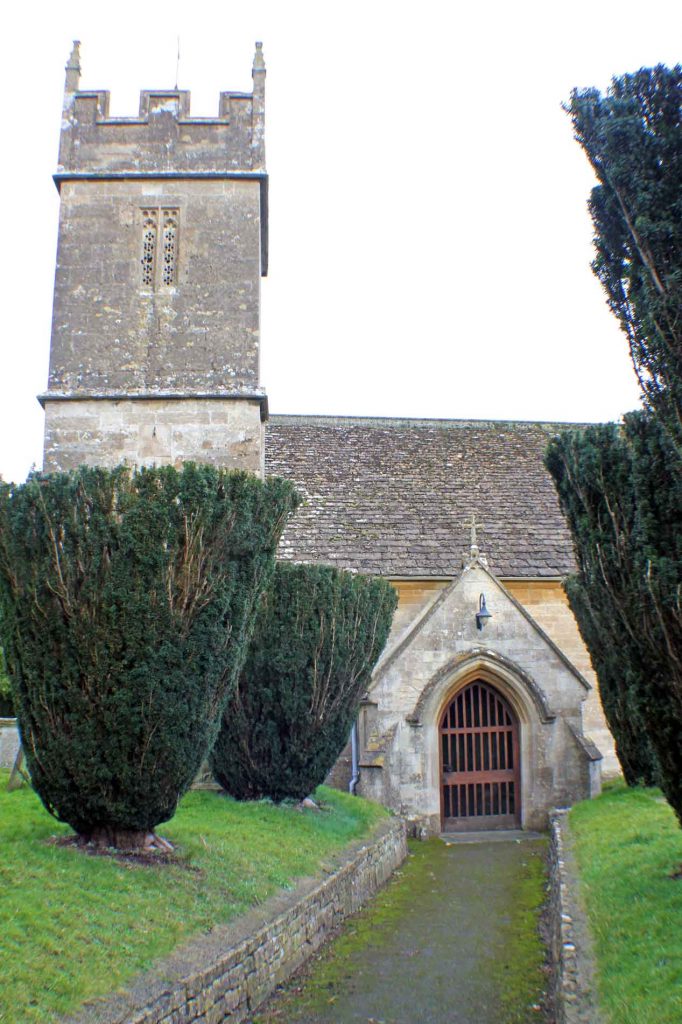 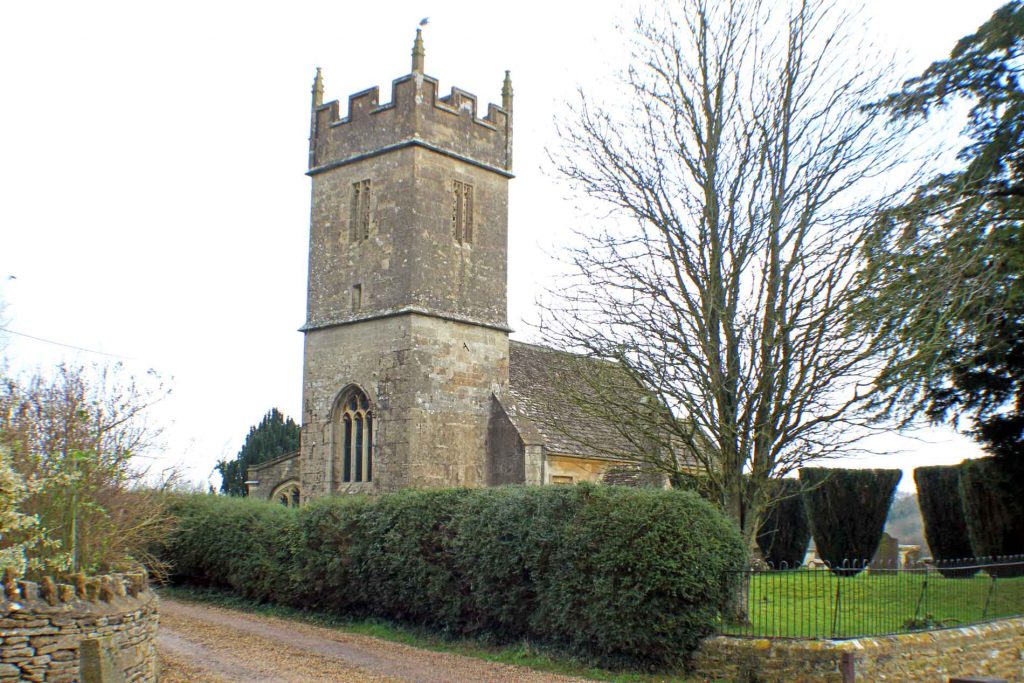 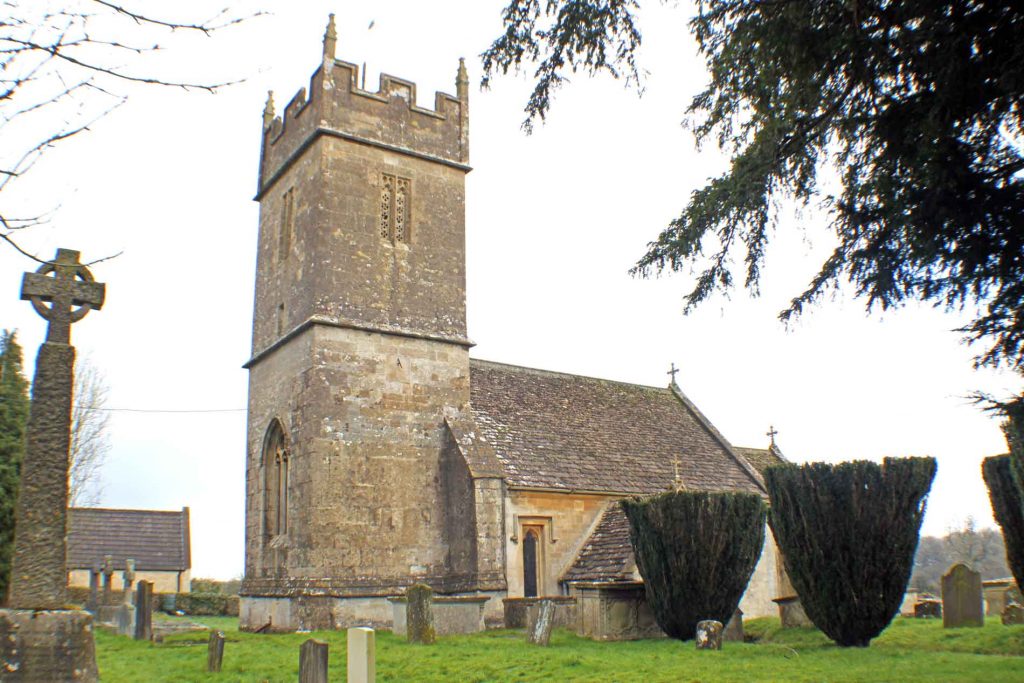 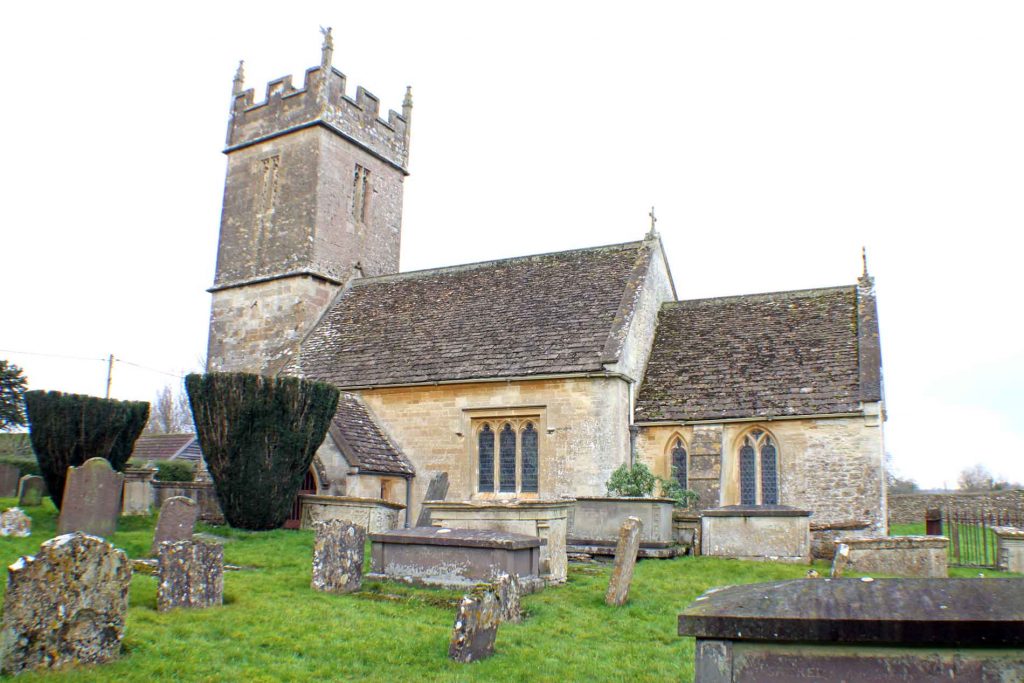 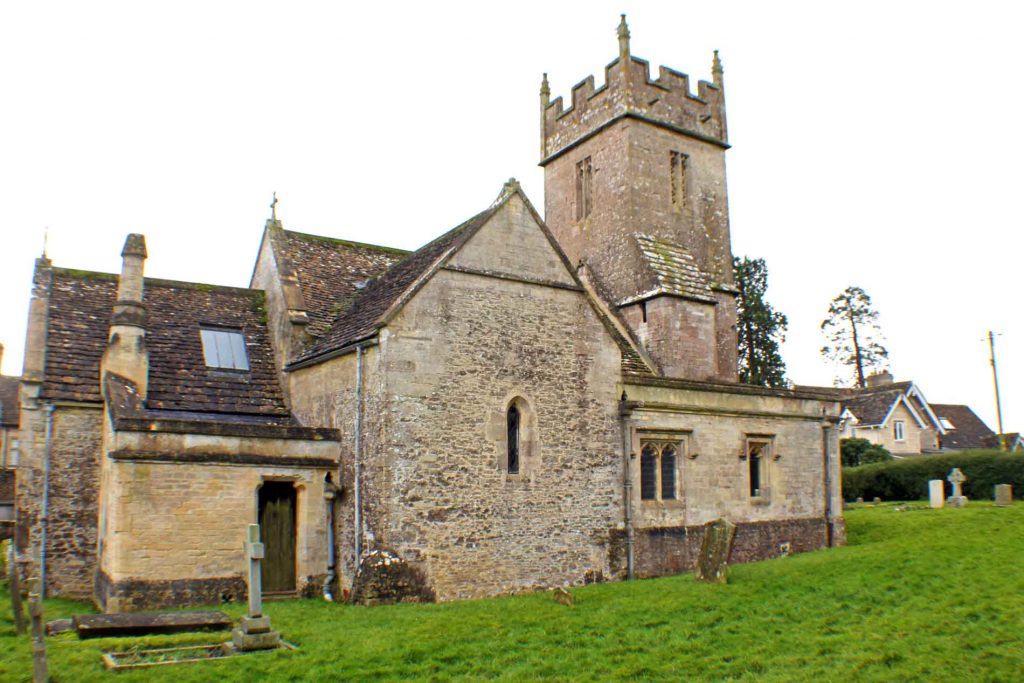 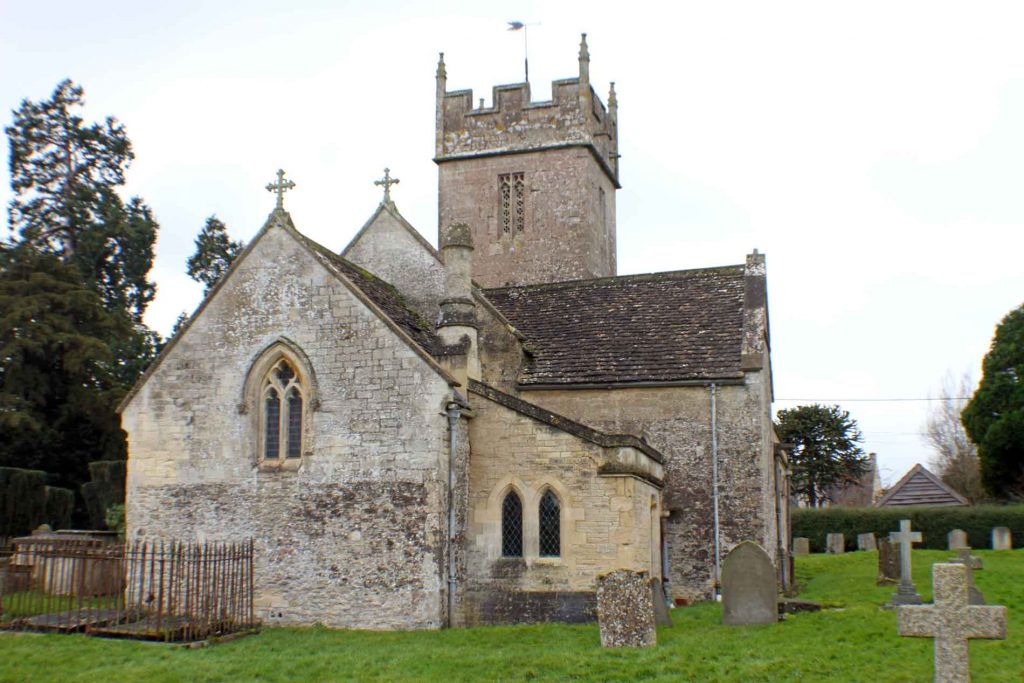 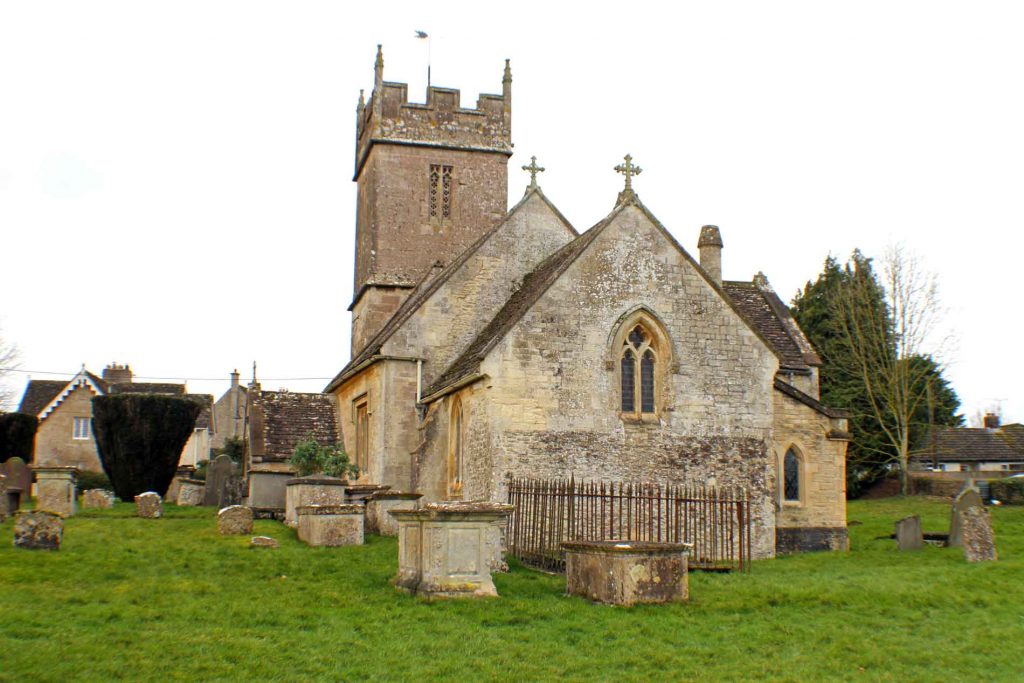 During the current Coronavirus crisis the churches are closed.  There are virtual services at 10am Matins and 6pm Evensong on Sundays on YouTube 'Badminton Services'